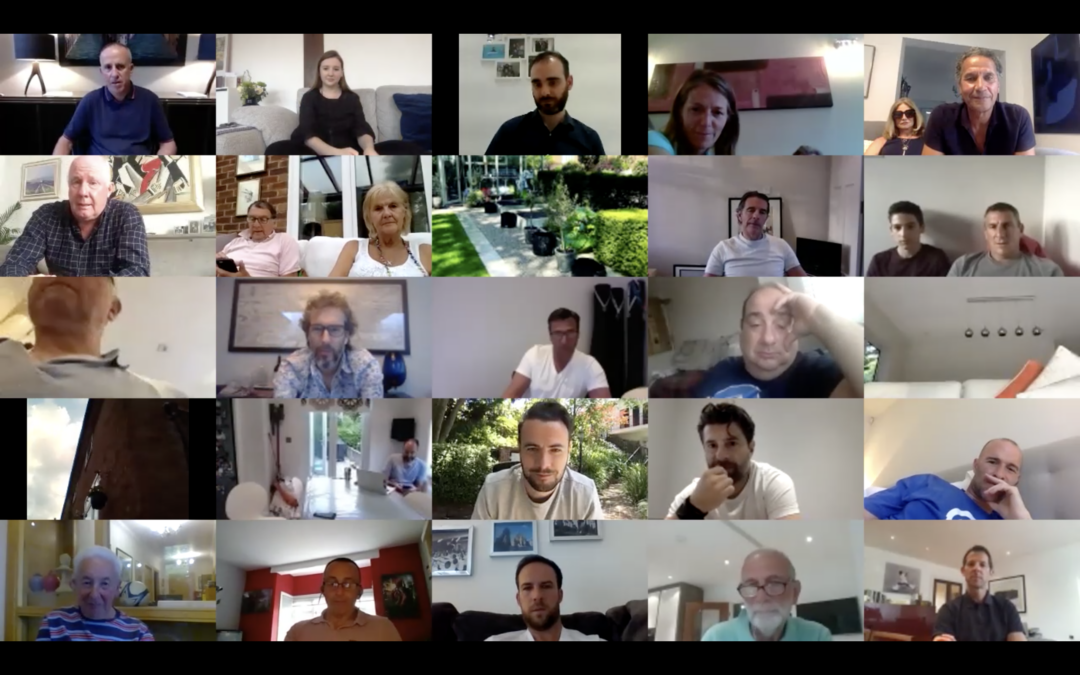 Over 70 people joined a zoom call to hear exclusively from former Arsenal and Juventus legend, Liam “Chippy” Brady and Leyton Orient icon Bobby “Fish” Fisher. The event was hosted by Hollywood producer and former Maccabi London Lions manager and Maccabiah gold and silver winning medal coach Ben Winston, who called in from his base in Los Angeles.

Brady, an Eire International and Fisher, who also won Maccabiah gold as a coach in 2009, played against each other in the 1978 FA Cup semi final at Stamford Bridge. The trio chatted about their football memories and their thoughts on today’s game and also took part in a live Q&A with the attendees.

Speaking about the event, Maccabi London Chairman David Kyte said, “It was important for us to engage with so many of our supporters and club members, especially given the current circumstances with so many restricted by the pandemic.

It’s not often you get to hang with two footballing greats and a Hollywood producer so thank you to Liam, Bobby and Ben for enabling us to connect with our community. When the lockdown is eventually lifted, we want to ensure we can all literally hit the ground running and hosting these kind of events get us that bit closer and keeps everyone together.”